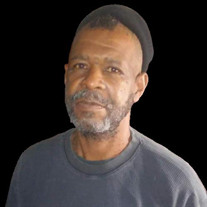 Vincent Lamont “Putney” Ryder, Sr., peacefully departed this life on Monday, November 1, 2021. He was born to Dorothy Virginia Ryder and the late Oliver Lawrence Ryder on November 23, 1958, in Salisbury, Maryland. He was educated in the Wicomico County public school system, where he attended James M. Bennett High School in Salisbury, Maryland and was a member of the football and wrestling teams. Vincent later joined the United States Army and after spending several years serving our country, he returned to Salisbury where he was employed as a landscaper at Wor-Wic Tech Community College, a security guard at Thomas Security, and a martial arts instructor at a local dojo. Vincent, affectionately known as Putney, Odd Jobs, and Karate Kid, was a natural leader with the desire, vision, and drive to be an entrepreneur. He turned that passion and the organizational skills he learned in the Army into his own business, “Vinnie’s Odd Jobs”, where he proudly served the community until his final days. Vincent grew up playing football and lacrosse at the Salvation Army Boys and Girls Club, later returning to volunteer his time as a coach and mentor. “Putney” was known for his love of martial arts, doing things his way, and for having a big heart. He will forever be remembered for having a warrior’s spirit, a protector’s mentality, and love and compassion for people. You would always see him smiling, and even on his worst day, he had the strength, courage, and conviction to persevere. He loved his mother, children, siblings, nieces, nephews, family and friends, but the true loves of his life were his grandchildren, whom he adored with all his heart. In addition to his mother, Dorothy Ryder, he leaves to cherish fond memories: two sons, Vincent Ryder, Jr. and Kyle Brown; two daughters, Brianna Ryder and Tiffiney Brown; three brothers, Earl Tyrone Ryder, Kevin Ryder and Bryan Ryder (Antoinette); one sister, Sharon Banks (Vincent); two grandchildren, Ja’bria Deshields and Blessing Ryder and a host of nieces, nephews, other family members and friends. He was preceded in death by his father, Oliver Lawrence Ryder and two brothers, Lawrence Thomas “Spanky” Ryder and Charles Anthony “Peanut” Ryder. LOVINGLY SUBMITTED ~ THE FAMILY

The family of Vincent Lamont Ryder Sr. created this Life Tributes page to make it easy to share your memories.

Send flowers to the Ryder family.