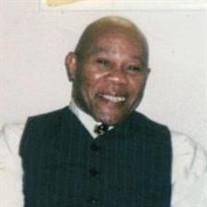 “Daddy” became a Freemason as a teenager and was an active member of Temple Lodge #8 (Milford, Delaware). He was an Honorary Past Master and longest serving Tyler in the history of Temple Lodge #8. He rarely missed meetings until his health did not allow him to attend. He Loved Freemasonry and taught it well, often testing people to make sure they knew what they were talking about. He took the role of the Freemason serious. One of his responsibilities as a doorkeeper was to enforce the rules and if you didn’t have your stuff together, he didn’t play and wouldn’t let you inside the lodge. Many knew that “Daddy” did not curse! However, if he did become upset, he’d just say “that daggone mammer tapper…” which was one of his most memorable sayings. …And so, it has come to pass, a Brother Freemason who has completed all the design's laid down on the trestle board and good Book of Life, has answered the summons of the Father in Heaven’s call and has entered the Grand Lodge over which the Supreme Grand Master of the Universe presides. In addition to his parents, “Daddy” was preceded in death by his son, Villard T. Bogard III (aka Buddy); two sisters, Queen Ester Mcloud and Lovie Bogard-Ward; and one brother, Carnell Bogard. “Daddy” is survived by one brother, Henry Richardson (Frances); one sister, Mary Cardwell; five daughters, Shwanda Lockwood (Robert), Valerie Price (Edgar), Gail Jones (Royal), Carolyn Bess (Gary) and Diane Whittlesay (Marc); four granddaughters, Marquita Bahlitzanakis (George), Shyra Price, Ashley Lockwood and Destiny Jones; three great-grand children,: Christian, Ayden and Sofia Bahlitzanakis; a host of nieces and nephews including his admired nephew, Tyrone Pitts and extended “Pitts” and “White” family and friends. We are going to miss “Daddy”, “Bogard”, “Dalton”, “Nose” Villard, as it was a privilege to have known him and a sincere honor to call him our dad, grand-father, brother, uncle, cousin, and friend. May our Heavenly Father protect him and enfold him in his arms with love, until we meet him again - - - Farewell (for now)! Lovingly submitted by The Family

&#8220;Daddy&#8221; became a Freemason as a teenager and was an active member of Temple Lodge #8 (Milford, Delaware). He was an Honorary Past Master and longest serving Tyler in the history of Temple Lodge #8. He rarely missed meetings until... View Obituary & Service Information

The family of Villard Bogard Jr. created this Life Tributes page to make it easy to share your memories.

“Daddy” became a Freemason as a teenager and was an active member...

Send flowers to the Bogard family.