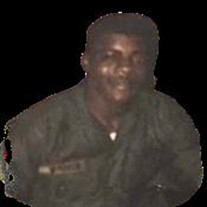 Not sure what to send?

Robert Lester “Rabbit” Mitchell, was born on December 2, 1945, in Norfolk Virginia, to the late Robert Mitchell, Sr. and Mary Mitchell Cook of Milton Delaware. Robert departed this life on December 31, 2021. Robert attended Milton Elementary School 196-C and he also attended William C Jason Comprehensive High School. Robert worked at Draper King Cole for many years, and was later employed at Doxsee Clam Factory. His last job was with Eastern Shore Poultry. Robert loved interacting with his family members. He had an engaging smile. He was very funny and liked to play a lot. He also loved to dance and sing. As a young man, he would visit Mt. Zion Holy Church. He loved singing the songs, especially “Look Where He Brought Me From”, which was his favorite. In addition to his parents, Robert was preceded in death by his brother, William Day of Baltimore Maryland, in 2004. Robert is survived by his two children, Beverly Green and Robert Green of Milton DE; four sisters, Mary Washington and Dora Brittingham of Milton DE, Rosa Mitchell and Gladys Cook of Georgetown DE; two brothers, Willie Mitchell of Milton, DE and John Cook of Millsboro DE; five grandchildren, seventeen great-grandchildren; and a host of nieces, nephews, cousins and friends. Robert will be truly missed and we will cherish fond memories of his time with us. Only one life and it will soon past, only what we do for Christ will last. We LOVE you, but God loves you best. Sorrowfully Submitted The Family

The family of Robert Lester Mitchell created this Life Tributes page to make it easy to share your memories.

Send flowers to the Mitchell family.