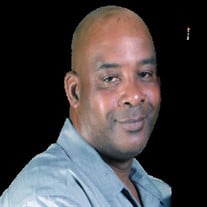 Obituary Raymond E. Jones Jr. (Ray Jr.), 61, of Worton, MD, went home to be with the Lord on March 15, 2022. Raymond Edward Jones Jr. son of the late Raymond E. Jones Sr. and Hattie Marie Hopkins Jones was born on April 26, 1960 in Wilmington, Delaware. He was the youngest of three siblings. He is preceded in death by his sister; Francenne Marie Cooper and brother; Robert Leroy Jones. Raymond was a loyal servant to God, first and foremost. He loved the Lord and the church. Raymond attended Kent County public schools. He joined the military for a brief period and was assigned to Ft. Dix in New Jersey and Ft. Richardson in Alaska. He also served with the MD National Guard for a few years. He worked for Chestertown Brick Yard for a period of time. He also worked at Southgate in Middletown, DE, as a concrete mixer truck driver until his health began to fail. After some time, he later started working at Washington College. Ray Jr., as he is lovingly called by most of his family, enjoyed spending time with all of his family and friends. His hobbies included gaming, air rifles, old time cars, and watching his Dallas Cowboys as much as he could, win or lose! Raymond was the best friend that anyone could ever have and was always there to help anyone whether he knew them or not. Raymond lived a hard life, but would tell anyone that he was a walking testimony and that dedicating your life to the Lord can change everything. In 2005 Raymond met Dorthra Graves. From the moment they met, they were an inseparable unit. Raymond and Dorthra were married on December 22, 2007. Raymond leaves to cherish his memories: his wife, Dorthra Jones; sons Raymond Edward Jones III (RJ), Aredelle Jones, and Montrail Miller; three granddaughters, Xeona Jones, Jay-da Jones, and Dez’iray Jones and one grandson, Zakai Jones; a special person who he called his daughter, Nichole Blake; three nephews Darryl E. Cooper Sr. (Vernessa), Daren T. Jones (Shelly), and Robert L. Jones Jr. (Lydia); two nieces Melissa Cooper (Cengiz) and Tamara Cooper (Richard) ; three aunts Reverend Violet Hopkins-Tann (Theodore), Evelyn Young (Amos), and Julia Anne Thompson (Hayward); Special cousin, Sherrie Young; Spiritual Brothers James Davis Jr. (Felicia) and Joe Miller (Angie); three god-daughters, Satazia Jones, Sadaya Wilson, and Faith Washington Long; and a host of cousins, nieces, nephews, extended family and friends. A funeral service will be held on Saturday, April 2, 2022 at Potters House Ministries, 8814 Fairlee Rd, Chestertown, MD 21620. Interment will be in Asbury U.M. Church Cemetery, following the service.

The family of Raymond Edward Jones Jr. created this Life Tributes page to make it easy to share your memories.