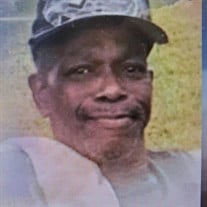 Randal L. “Randy” L. Sudler, was born on February 25, 1961, at Kent General Hospital in Dover, Delaware, to the late, great, Donald and Agnes Sudler. He departed this life on December 11, 2021. Randal graduated from Dover High School. The great track star that he was, earned him several medals, ribbons, and pins! Randal went on to be a bricklayer mason, for numerous years. He retired in 2004. Randal married Lovie Barlow on July 7, 1990. They were married for 31 years. Randal and Lovie had a beautiful combined family of two sons, Randal Sudler, Jr. and David Harmon, Jr. and two daughters, Brandy Snell-King (Lavar) and Lereatha Hunter (Richard). Receiving him along with Jesus were his parents, Donald and Agnes and his brother, Donny. They went ahead of him to help prepare his mansion in the kingdom. Donald and Donny had to make sure each brick was properly placed. Mom-mom Agnes put the finishing touches on the interior for her 1st born son. Randal is pain free, rejoicing with his mommy and shooting the breeze with his brother while still trying to hold his ground with his father! In addition to his children, Randal leaves to cherish his memory, 22 grandchildren; six great- grandchildren; one nephew, Jeri Sudler; his special male friends, Ferris Abrams, Herbert Seabrook and Jeri Tazwell. Randal also leaves his cousins, uncles and aunt who were dear to his heart; and numerous friends who became like family. Take comfort in knowing he is smiling that big “kool-aid” smile once again. May God shine his continuous light upon you as you leave this home going service for our dad, Randal “Randy” L. Sudler.

The family of Randal Sudler created this Life Tributes page to make it easy to share your memories.

Send flowers to the Sudler family.