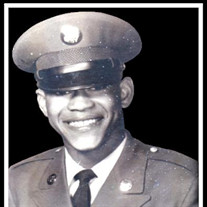 PERCY’S JOURNEY Percy Harrison Fields, Sr. was born on September 11, 1946 in Salisbury, Maryland to the late Samuel Lloyd Culley and Hilda Mae Fields-Smith.  He departed this life at the Northwest Hospital in Randallstown, Maryland on Friday, February 4, 2022. Percy graduated from Salisbury High School in 1964.  In 1973, he earned a Bachelor of Science degree in Business Administration from Morgan State University in Baltimore, Maryland.  In November 2008, Percy earned an Associate of Science degree from the Colorado Technical University. Percy exemplified qualities of a strong work ethic.  He was diligent, self-motivated to achieve his goals, and he took great pride in his accomplishments.  He truly enjoyed going to work every day.  Even during his time of illness, he would often say, “When I get better, I'm going back to work.”  Percy started his career with the University of Maryland in 1965, where he was promoted to Information Systems Manager.  He retired from the University of Maryland in 1995.  In recent years, Percy was employed with the Social Security Administration as a Computer Analyst. Percy also served in the United States Army overseas and received the National Defense Service Medal. He was a faithful member of his church until his illness.  He loved the Lord and had a strong faith in God. Percy was a loving person.  He enjoyed spending time with his family and sharing family history. When in the presence of his family, Percy enjoyed some of his happiest moments. Because of his love for photography, at one time he owned a wedding photography business.  Percy had a great affection for beautiful art and black artists.  Art and music were always a part of his life. Percy leaves to cherish unforgettable memories: two daughters, Michelle Carr (Leon) of Owings Mills, MD and Keisha Guice-Melton of Harford County, MD; six grandchildren, Jasmine Carr-McKenzie (Kamau) of Baltimore, MD, Corey Melton and Courtney Melton, both of Harford County, MD, Shakia Fields of Hurlock, MD, Hope Fields of Salisbury, MD and Charity Smith-Fields of Princess Anne, MD; two great-grandchildren, Ameera McKenzie and Amir McKenzie, both of Baltimore, MD. He also leaves to cherish precious memories: five brothers, Oris Fields (Stephanie) of Silver Springs, MD, Carl Fields (Lynette) of Winter Garden, FL, Brian Smith (Tanya) of Salisbury, MD, Sam Culley, Jr. (Maria) of Cincinnati, OH and Robert Dutton of Salisbury, MD; five sisters, Regina Culley of Middle Island, NY, Maxine Poles of Oxon Hill, MD, Renee Davis of Grand Prairie, TX, Yvonne Walters of Laurelton, NY and Mabel Archer (Greg) of Brianwood, NY and a host of nieces, nephews, cousins, other relatives and friends. In addition to his parents, Hilda Mae Fields-Smith (Robert) and Samuel Culley, Sr., Percy was also preceded in death by his son, Percy Harrison Fields, Jr. LOVINGLY SUBMITTED ~ THE FAMILY

PERCY&#8217;S JOURNEY Percy Harrison Fields, Sr. was born on September 11, 1946 in Salisbury, Maryland to the late Samuel Lloyd Culley and Hilda Mae Fields-Smith.  He departed this life at the Northwest Hospital in Randallstown, Maryland on... View Obituary & Service Information

The family of Percy H Fields created this Life Tributes page to make it easy to share your memories.

Send flowers to the Fields family.