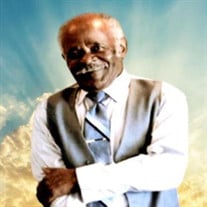 Obituary Nice Cornish aka (Brice, Price or Shorty) departed this life on Sunday, April 24, 2022 at the age of eighty-one (81) at University of Maryland Midtown Campus in Baltimore, Maryland. He was born on Tuesday, October 29, 1940 to the late Charles and Inez Cornish. He attended the public schools of Dorchester County. Nice met the love of his life, Rhoda Demby, and married April 13, 1976. They shared twenty-eight (28) married years before her passing. He was a loving father to ten (10) girls and five (5) boys. He enjoyed driving tractor trailers, tractors, fishing, dancing, cooking, and construction and had a wonderful green thumb. He spent many of his days sitting down with his grandchildren teaching them a lot about life. He was a father who would give you his last. If you had to sum up all his talents, he would be considered a jack-of-all-trades. A man of many traits and talents, he most definitely would put you in your place. He played a big part in the lives of his children and grandchildren. His tenure at Darling International Rendering plant, JCR, extended for fifty (50) plus years. He enjoyed driving up until his retirement when he traded the big truck for tractors. Nice leaves to cherish precious memories: four sons, Orlando Demby, Brice Cornish (Anquenette), Dontray Cornish (Rita), Lamont Cornish (Cowanda); nine daughters, Corethia Dennis, Constant Cornish, Bonnie Lake, Tonya Woolford (Rodney), Michelle Sanders (Benjamin), Crystal Wongus (Derrick), Shirley Cornish (Mike), Cherry Cornish (Ronald) and Ebony Cornish (Harold); forty-four (44) grandchildren and many many great grandchildren; special son-in-law, Ronald Nichols, special grandchildren, Ronald, Damar, Charity, Tayala, Malcolm, Kat, Ziah, Caroline and Jeremiah; a special niece, Cookie; two special great-granddaughters, Kylee and Kinsley; two sisters, Betty Harris and Leona Demby (Richard); one brother, Milton Cornish and a host nieces, nephews, cousins other grand, great grand and great-great grandchildren, family and friends. Nice was preceded in death by his two children, Tiffany Cornish and Kendell Demby; one granddaughter, Crystal Wongus; two grandsons, Orlando, Jr. and Linwood Collins, Jr.; one sister, Audery Pinder; grandparents Ernest and Mitlida Cornish and a host of sisters- and brothers –in-law and other family and friends along with his mother- and father-in-law, Laura and Roland Demby. SUBMITTED WITH LOVE ~ THE FAMILY

Obituary Nice Cornish aka (Brice, Price or Shorty) departed this life on Sunday, April 24, 2022 at the age of eighty-one (81) at University of Maryland Midtown Campus in Baltimore, Maryland. He was born on Tuesday, October 29, 1940 to the... View Obituary & Service Information

The family of Nice Cornish created this Life Tributes page to make it easy to share your memories.

Send flowers to the Cornish family.