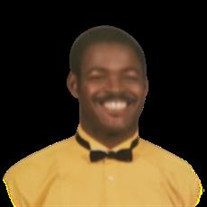 Nathaniel White, aka Jabo, was born on April 11, 1960, to the late Francis Eugene Garrison and Ruby White Blockson. He was raised by his late great grandmother, Isabel Britt Cuffee, in Bishopville, Maryland. Nathaniel graduated from Stephen Decatur High School, Berlin, Maryland, in 1978. Jabo was a dedicated poultry worker at Mountaire Farms Poultry Plant in Selbyville, Delaware, for approximately 10 years and Perdure Farms for seven years in Salisbury, Maryland. Nathaniel joined the 2198 Maintenance Company in November of 1985, and retired in 2005. Nathaniel received the following awards during his time of service: Army Achievement M4edal, Army Reserve Components Achievement Medal 4th award, National Defense Service Medal 2nd Ward, Army Service Ribbon and others during his military service. He received an Honorable Discharge. Nathaniel enjoyed talking to strangers and could hold a conversation with anyone. He was a soft spoken young man, which caused people to ask him to speak up when he was talking. Jabo was raised on the family Cuffee farm during his younger childhood years and enjoyed spending time with his siblings and family members during the summer months. Jabo, was a natural as a farmer. He could tell you how to plant any vegetables and fruits. Jabo was a hard working individual, in whatever task he set out to do. He would give his all unless you upset him. One of Jabo’s favorite things to do was go to the casinos and play Keno. He also like the scratch off lottery tickets. Jabo traveled to various countries like Iran, Korea, Germany and many other states with the military. His greatest achievement was when his daughter, Tisha was born. He thought the world of her and was so protective that he would not let her out of his sight for an hour, even with his own family. He was preceded in death by one sibling. Nathaniel leaves to cherish his memory, his daughter, Tisha White (Salisbury, MD); sister, Robin White (Felton, DE); nephew, Maurice Felton 2nd of Wisconsin; niece, Carlee Felton of Wisconsin; adoptive family, Tylicha Thomas Wilkerson (Terell) of Harrington, DE; adoptive grandchildren, Alejaundro Wilkerson, Amillio Wilkerson, Kingston Wilkerson, Alecianna Wilkerson, all of Harrington, DE; his long time female companion, Mitchelene Williams, Selbyville, DE; and a host of uncles, aunts and cousins.

Nathaniel White, aka Jabo, was born on April 11, 1960, to the late Francis Eugene Garrison and Ruby White Blockson. He was raised by his late great grandmother, Isabel Britt Cuffee, in Bishopville, Maryland. Nathaniel graduated from Stephen... View Obituary & Service Information

The family of Nathaniel White created this Life Tributes page to make it easy to share your memories.

Send flowers to the White family.