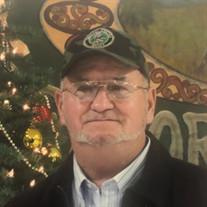 Nathaniel M. Cole, Jr., son of the late Nathaniel M. Cole, Sr. and Mary Matilda Ross, was born on Friday, December 27, 1946, in Greensboro, Maryland. Nathaniel passed away on Sunday, October 31, 2021, at TidalHealth in Salisbury, Maryland. He was educated in farming and was mechanically-inclined. Nate, as he was affectionately called, worked at T. S. Smith & Sons in Bridgeville, Delaware, for over 40 years, following in his dad's footsteps. He loved spending time with his family and friends and enjoyed hunting and fishing. He cherished his dog, Rico, whom he had for ten years. Nate served in the Vietnam War from 1966-1968, then was an active Reservist from 1968-1972. Nate was an active member of the VFW, Moose Lodge and the American Legion. Nathaniel was preceded in death by his parents, Mary Matilda Ross Nichols; father, Nathaniel Miles, Cole, Sr., stepfather, Winfield Tinker Nichols and his wife, Frances A. Cole; along with his paternal grandparents, Charlie Harvey Cole, and Grace Corey Cole; maternal grandparents, James and Katie Ross and his brother-in-law, Jack Chance, Sr. Nate leaves to mourn his loss his daughter, Lisa Clementson and her husband Shaun L. Magoon; grandson, Chris Clementson, Jr.; one sister, Grace Anita Chance; and one nephew, Ivan Cheezum and his wife Kerri, along with their two daughters, Katie and Caroline.

The family of Nathaniel Cole created this Life Tributes page to make it easy to share your memories.

Send flowers to the Cole family.