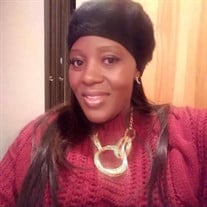 Melinda&#8217;s Journey Melinda Gibbs Jones was called from labor to her eternal rest on Saturday, February 5, 2022 at Tidal Health in Salisbury, Maryland with her family at her side. She was born on November 9, 1974 to Cleola Bratten and... View Obituary & Service Information

The family of Melinda Jones created this Life Tributes page to make it easy to share your memories.