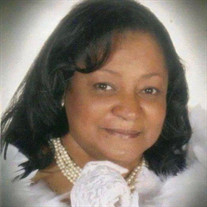 Reflections of Margaret’s Life And a certain woman, which had an issue of blood twelve years, And had suffered many things of many physicians, and had spent all that she had, and was nothing bettered, but rather grew worse, When she had heard of Jesus, came in the press behind, and touched his garment. For she said, If I may touch but his clothes, I shall be whole.​ And straightway the fountain of her blood was dried up; and she felt in her body that she was healed of that plague. And Jesus, immediately knowing in himself that virtue had gone out of him, turned him about in the press, and said, Who touched my clothes? And his disciples said unto him, Thou seest the multitude thronging thee, and sayest thou, Who touched me? And he looked round about to see her that had done this thing. But the woman fearing and trembling, knowing what was done in her, came and fell down before him, and told him all the truth. And he said unto her, Daughter, thy faith hath made thee whole; go in peace, and be whole of thy plague. Mark 5:25-34 A Time to Be Born Margaret Denise Smiley-McCoy, daughter of the late Pearl E. Smiley and Harry Smullen, was 1 of 2 twin girls born on September 8, 1952 in Salisbury, Maryland. On Tuesday, November 23, 2021, God called her from labor to reward with her devoted and supportive family by her side. A Time to Grow Margaret, better known as “Sister” by her family and friends, received her formaleducation in the public school system of Wicomico County. She began her Christian journey at Zion United Methodist Church in San Domingo, MD. Later in life she attended and joined St. Matthews First Baptist Church in Laurel, Delaware; ending her Christian journey at Storm Shelter Ministries. She was a member of Elisha’s Hostess Women Ministry. On August 7, 1971, she was joined inholy matrimony for 50+ years to the love of her life, Nathan McCoy Sr. and from this union there were 4 children. Margaret was employed by Salisbury Manufacturers, Gants Sewing Factory as a seamstress. She also worked at Perdue, later ending her working career at Wicomico Teen Adult Center as a dietary aide and as a home health aide. She then became the caregiver for her aunt in-law, Ingrid Stanley. Margaret had a love for God and her church. She loved to cook, decorate, shop and had an eye for fashion. She also loved to dress her daughters up like twins when they were young and then did the same thing with her granddaughters. She was a great encourager. She had a heart of gold and was very giving of her time and energy. Margaret loved with compassion and would help anybody in need. A Time to Love Margaret leaves to cherish precious memories: her husband Reverend Nathan McCoy Sr.; three daughters, Nadine (Rossie) Winder, Trudine McCoy (Brian) and Myaija McCoy (Jermaine) and one son, Nathan McCoy Jr.; thirteen grandchildren, Eugene III, Taija, Kamaron, Rossie Jr., Nathan III, Tyler, Taira, Natera, Taherra, Brenae, MyOnna, Ashtynn and Jermaine, Jr.; thirteen great grandchildren; one Goddaughter, Tiah Spell; four sisters, her twin sister, Martha (Ronnie) Truitt of San Domingo, MD, Rose (John) Smith of Salisbury, MD, Beverly (Charles) Archer of Woodbridge, VA and Vinal Sport of Philadelphia, PA and two brothers, Anthony Smullen of Hampton, VA and Alfonso (Stephanie) Smullen of Bordentown, NJ; two brothers-in-law, LaBarrie (Clarissa) McCoy and Carlos McCoy and one sister-in-law, Angela Boyd. She also leaves three favorite family members, Marvin, Hilton ​and Douglas (Elise) Deshields, all of Salisbury, MD; two devoted cousins, Franklin Smiley and Danice Franklin and a host of nieces, nephews, cousins and friends. In addition to her parents, Pearl E. Smiley and Harry Smullen, he was preceded in death by four uncles, two aunts, one family friend, Hershel Deshields, one great granddaughter, Kailani Griffin and one great grandson, Elijah Stewart. Lovingly Submitted, The Family

Reflections of Margaret&#8217;s Life And a certain woman, which had an issue of blood twelve years, And had suffered many things of many physicians, and had spent all that she had, and was nothing bettered, but rather grew worse, When she had... View Obituary & Service Information

The family of Margaret Denise McCoy created this Life Tributes page to make it easy to share your memories.

And a certain woman, which had...

Send flowers to the McCoy family.