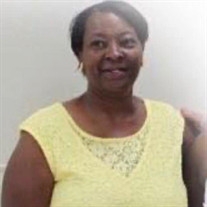 On Thursday, January 06, 2022, our beloved Lorraine peacefully transitioned into eternal rest. She departed this life at Compass Regional Hospice in Centreville, Maryland at the age of fifty-four (54). Lorraine Denise, (also known as Boo), was born in Easton, Maryland on Wednesday, January 25th, 1967. Lorraine was raised in Jonestown with her parents, Elder Willie L. Jackson and the late Betty Lucille Jackson. She was educated in the Caroline County public school system and graduated from Colonel Richardson High School, Class of 1984. She attended Delaware Technical College where she graduated as a Licensed Practical Nurse in 2006. Lorraine loved her work in healthcare. Prior to completing nursing school, she was a private care taker in Oxford for Greta and Maurice Richardson for fifteen (15) years. She would later work for William Hill Nursing Home until her sickness prevented her from continuing. In 1991, she met the love of her life, Ronnie Wilcox. On December 16, 2000 they entered into holy matrimony. They were together thirty-one (31) years. She loved spending time with her family, especially her husband Ronnie, her children Shayla, Shawna, Shawn and Shayna and her grandchildren in their family home in Federalsburg, Maryland. Lorraine was a compassionate and caring person. She loved a good laugh and often told jokes to make others laugh. She enjoyed traveling. New York was one of her favorite places to visit. She had a great passion for cooking and baking. Each year, she would bake a batch of cookies for each family household and deliver them personally. She also loved her pet dogs dearly, Kobe and Holly. She leaves to cherish many great memories: her loving husband, Ronnie; children, Shawna Murray, Shawn Murray, and Shayna Washington; grandchildren, Jayla, Xavien, Ta’Nizah, Jayda, Darcy, Layla and Lurenzo; her father, Willie Jackson (Ida); sisters, Shanelle Mouring (Albert), Charita Jackson-Durosinmi (Mohammed), Anitra Jackson-Gonzalez (Angel), Lavonya Jackson, and brother, Michael Murray (Etta); father-in-law, Clarence Walker, Jr.; sister-in-law, Rose Wilcox and brother-in-law, Christopher Walker. She also had a host of aunts, uncles, nieces, nephews, cousins, extended family and friends, all of whom she loved. Besides her mother, Betty Jackson, Lorraine was preceded in death by her daughter, Shayla Murray, biological parents, Lorraine Violetta Murray and Isaac Coney, and her brother, Barry L. Jackson. Lorraine had a rich life. She was a devoted wife, loving mother and doting grandmother. She will forever be missed and will always be remembered.

The family of Lorraine Denise Murry-Wilcox created this Life Tributes page to make it easy to share your memories.

Send flowers to the Murry-Wilcox family.