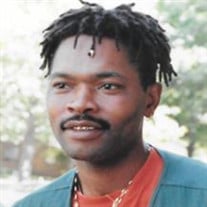 OBITUARY Leroy Anthony Steele was born on May 2, 1954 to the late Winston and Olive Steele on the sunny Island of Jamaica, West Indies, in Spring Bank, Portland. After a battle with cancer, he succumbed to eternal rest in his sleep on Saturday, September 18, 2021 with his sister Valerie “Dawn” at his side. The earliest years of his life and primary years of education took place in Jamaica. Ultimately, he was relocated to Brooklyn, New York to be united with his parents who had moved ahead to provide for a secure and meaningful home life there. His secondary education took place in the public schools of Brooklyn. Some time after graduation he was married to Kelly; however, their relationship did not stand the test of time. Due to his good choice to join the United States Army, he was a registered Veteran at the time of his death. Having maintained a close relationship with his brother Parris, he moved to Salisbury, Maryland and resided in his home for several years. With a varied work history, Leroy was employed in several different fields. He did his best no matter what he tried. Leroy occasionally attended the New Life 7th Day Adventist Church because of the strong influence left on him throughout his childhood by his parents. His mother, who was very strong in the faith, had a particularly strong influence over his spiritual life. Although preceded in death by both parents, Leroy leaves cherished memories with: his brother, Parris Steele (Helen); three sisters, Veronica “Blossom” Hollis, Valerie Steele and Rose “Peaches” Steele-Melillo. Being a father to Cherrysa Roberts and Trevonne Steele, he acquired the title of grandfather and great grandfather. He was also uncle to Maurice, Tamika, SaQuahn, Malik, Brandon, Nathan, Tajuana, Jay and Shanna, as well as to grand nieces and nephews and a special long-term friend who mourns his loss tremendously, Ms. Latissa Diggs. LOVINGLY SUBMITTED, THE FAMILY

OBITUARY Leroy Anthony Steele was born on May 2, 1954 to the late Winston and Olive Steele on the sunny Island of Jamaica, West Indies, in Spring Bank, Portland. After a battle with cancer, he succumbed to eternal rest in his sleep on Saturday,... View Obituary & Service Information

The family of Leroy Anthony Steele created this Life Tributes page to make it easy to share your memories.

Send flowers to the Steele family.