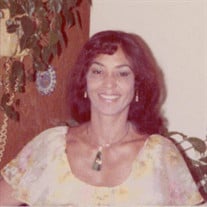 Kathleen "KP" Lamb, born Keita Burich, joined our Lord in Heaven on Monday, September 27, 2021.  Keita was born to Elija and Kiri Burich in Hokianga, North Island, New Zealand, on May 21, 1937.  Born and raised on a dairy farm, she kept busy with daily chores alongside her many brothers and sisters.  Keita was a compassionate animal lover and always had pets around her and in her home.  As a young girl, she enjoyed competing at sprinting and hurdles, as well as basketball.  As an adult, Keita was always drawn to the salt water & island life and became very fond of the Chincoteague and Assateague Islands, feeling closest to home there.  Over the years, she and her family would spend lots of time on the islands camping and enjoying the water and outdoors, especially fishing, crabbing, and boating.  Keita enjoyed her country music, found joy in gardening and tending to her houseplants.  In her later years, she enjoyed traveling and taking leisurely strolls along the beach.  She enjoyed sharing laughter and memories with both family and friends and will be dearly missed.   Keita was preceded in death by her parents; several brothers and sisters; her husband, Ronald D. Lamb; and her son, Wayne Palmer of New Zealand.  Keita is survived by her sisters, Agnes Hoana Burich Lemon (Bill) of Canada and May Burich of New Zealand; brother, Joe Burich of New Zealand,; sons, Derek Palmer (Tammie) of Felton and Troy Palmer (Rhonda) of Milford, DE; grandchildren, Monica Davis (Michael), Nicholas Palmer, Alex Palmer, Zoey Palmer; and great-grandchildren Marlyn Davis, Brock Davis and Anse Davis.

The family of Kathleen Lamb created this Life Tributes page to make it easy to share your memories.

Send flowers to the Lamb family.