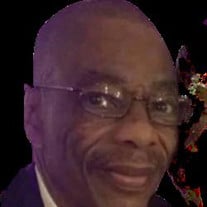 Mr. James Edward Hill, born on June 18, 1956, departed this veil of tears on December 22, 2021. He was 65 years old when he succumbed to a lengthy illness. He fought to stay here but unfortunately, he had to cross over. Mr. Hill, so lovingly known as “Smurf” by his closest family and friends, was a very fun-loving person who loved crossword puzzles. He was a friend to everyone he met, never meeting a stranger. He was such a jokester but was a straightforward person who believed in telling it like it was. Mr. Jimmie, as some of the younger generation called him, was a hard-worker. He held a number of poultry plant jobs, last of which was Perdue Farms, Inc. in Georgetown, Delaware. He remained employed at Perdue until his health began to decline. Smurf leaves to cherish his precious memories, three children of which he thought world of, Mrs. Tonda Deshay Hatton and her husband, Mr. Tishaun Hatton, (who were his caretakers until the end), of Laurel DE, Mr. James Edward Morales and his fiancé, Heather Capel of Camden, DE and Mrs. Chastity Monique Thompson of Salisbury, MD and her husband, Mr. James Thompson of Pittsville, MD. Mr. Hill had nine grandchildren, Jaden Morales, Kyree Miller Morales, Tayeanna Huges, Jazmyne Smack, La'Nya Scott, Qualier Morales, Ja'lyn Newcomb, Jade Palmer and James Thompson, Jr. Mr. Hill was preceded in death by his loving parents, Mr. Lester Hill and Mrs. Ethel Hill; brothers, Mr. William Collins and Mr. Robert Collins; sisters, Mrs. Sandra Kane and her husband, Mr. Louis Kane and Ms. Virginia Collins; and one brother-in-law, Mr. Oscar Jenkins. Jimmie, as his loving family called him, leaves to cherish his memories, two sisters, Mrs. Betty Jones and Mrs. Elaine Jenkins; one loving brother, Mr. Barry Collins; two dear friends whom he loved as brothers, Mr. Chuck West and Mr. Robert Truesdale; a dear nephew whom he loved as a son, Mr. Ricky Kane; and a host of nieces, nephews, cousins and friends. Smurf, you will be sadly missed by all who loved you. There will never be another you to pass this way again. Sadly submitted, The Family.

Mr. James Edward Hill, born on June 18, 1956, departed this veil of tears on December 22, 2021. He was 65 years old when he succumbed to a lengthy illness. He fought to stay here but unfortunately, he had to cross over. Mr. Hill, so lovingly... View Obituary & Service Information

The family of James Edward Hill created this Life Tributes page to make it easy to share your memories.

Send flowers to the Hill family.