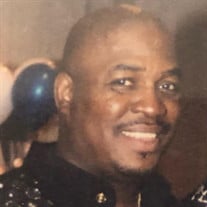 Hayward “Haydie” Lunn, the son of Annie D. Foxe Barnes and Robert Lunn, of Darlington, South Carolina, was born on November 15, 1954. He quietly and peacefully slipped away on Friday January 21. 2022. At the age of six, the family moved to Baltimore, Maryland, where he received his early public school education. Haydie graduated from Paul S. Dunbar High School. After high school, he relocated Indiana to attend Atterbury Job Corps, where he joined the boxing club. When he returned to Baltimore, he continued boxing and became the Golden Glove Champion for his class, from 1974 to 1977. In January 1979, Haydie received the Sgt. Johnson Plaque of Honor for his courage in and outside the ring. A fan of Muhammad Ali, Haydie was proud of his 2nd and 3rd place Golden Glove Ribbons and his years of involvement in the famed sport. Haydie was joined in holy matrimony to Sharon on September 20, 1999. They enjoyed cruising to the Northern and Southern Caribbean, Alaska, Australia, Spain, France and Italy. They celebrated their 15th wedding anniversary on their dream trip to Hawaii. Haydie was a member of New Life Fellowship Church in Hanover, Maryland. When he and Sharon relocated to Chestertown, Maryland, he joined Community Baptist Church, in Barclay, Maryland. He enjoyed watching detective shows like Law and Order, Criminal Minds, The Blacklist, Dateline and many others. He also enjoyed watching Andy Griffith and Leave it to Beaver but only the shows when Opie and Beaver were little. Haydie also enjoyed basketball and football. He was a hardcore Green Bay Packers fan. He would talk about Packers as if he was on the roster. When they won, he would say “we won”. If the Packers lost, he would sadly say, “we lost”. In addition to his parents, Haydie was preceded in death by brother, Robert “Man” Lunn; sister, Brendell Lunn; nephew, Samuel “Tony” Wise, Jr. and granddaughter, Samiya Ryan Moore. Haydie leaves to cherish his memory, his wife of 23 years, Sharon; daughter, LaTonya Lunn; granddaughter, Morgan Dooley; grandson, Kevin Johnson; and great granddaughter, Asiyah Harris; sister-in-law, Robin Smith; step-daughter, Tania Hynson; mother-in-law, Eleanor Brown; special cousins, whom he called sisters, Benzener Stallings and Carolyn Smith; sister-friend, Paulette Jones; beloved cousins, Appell Jackson and Kathy Foxe; goddaughter, LaToy Mason and a host of cousins and friends. Click on the link below for live streaming https://www.facebook.com/BennieSmithFuneralHome

The family of Hayward "Haydie" Lunn created this Life Tributes page to make it easy to share your memories.

Send flowers to the Lunn family.