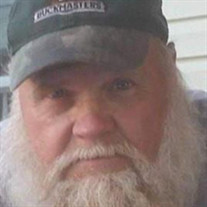 Francis Jay “Jay Bird” George, 73, of Millsboro, Delaware, passed away after a 10-month battle with kidney disease, on Saturday March 19, 2022, at Beebe Medical Center in Lewes, Delaware. He was born on Sunday, December 12, 1948, in Johnstown, Pennsylvania, son of the late Melvin and Rita Felix George Ross. Jay or “Jay Bird” was one of eleven children. At the age of sixteen, with his parents’ permission, Francis moved in with the late John and Helen Gresko, whom he referred to as mom-mom and pop-pop. His work consisted of helping mom-mom and pop-pop out in their orchard as well as construction work for many years. He was a member of the Pottsgrove Fire Company and the Pottstown German Club. Francis loved to hunt and went to Maine every year in search of the “big buck”. He also served in the Army from February 1969 to February 1975, and received the following accommodations: Vietnam Service Medal, National Event Service Medal and Army Commendation Medal. Francis was preceded in death by his brothers, Melvin, Mike, George, as well as Jeffrey Gresko. Francis is survived by his wife, Linda Pierce George; daughter, Rhonda Ziegler and companion David Seachrist; brother, Albert George; sisters, Goldie Patton, Rachel LaGoy, Dolores Bickel, Monica DeBoard, Mary Carr, Wanita Moyer and Dorothy Newton; and loving dogs, Chloe and Zeus. No service will be held. Donations can be made to Brandywine Valley SPCA, Georgetown, DE, or National Rifle Association of America at 11250 Waples Mill Rd Fairfax, VA 22030

The family of Francis Jay George created this Life Tributes page to make it easy to share your memories.

Send flowers to the George family.