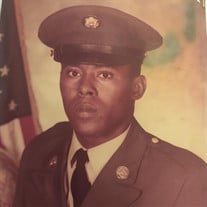 Emerson Thomas Parker, 67, transitioned from this life on September 30, 2021. Emerson was born December 8, 1953, in Dagsboro, Delaware. He was the son of the late Emerson James “Emp” Parker and Margaret Marie Parker. Emerson graduated from Indian River High School in Frankford, Delaware, in 1972. After serving in the United States Army, he served his community as a police officer for the Town of Bridgeville and Ocean Pines. He found his lifelong passion in driving trucks. He traveled all over the world. His friends and family knew him as “The Human GPS”. All he needed was your starting and endpoint and his atlas. He never used a GPS and could tell you the routes to take and how long it will take to get there. He was never wrong. Emerson’s final occupation was working for the Town of Ocean City. He would say, “my job is a sanitation technician”. He was known for his sense of humor and laid-back lifestyle. In his leisure, Emerson enjoyed watching his favorite football team, the Dallas Cowboys, rivaling with one of his sons and grandsons who are Eagles fans, or going to the casino with his mom, Lulu as he referred to her. All who knew him, knew he had nicknames for everyone in the family. He found joy in spending time with family, close friends and coworkers. Emerson was preceded in death by his father, Emerson James “Emp” Parker. Emerson leaves to mourn his passing and cherish his memories, his mother, Margaret Marie Parker; sons, James Everette Jones (Yvonne), Robert Hargrove, Jamie Dixon and Ryan Shelton (Heather); daughter, Precious Santiago; and a host of grandchildren, cousins and devoted friends.

The family of Emerson Parker created this Life Tributes page to make it easy to share your memories.

Emerson Thomas Parker, 67, transitioned from this life on September...

Send flowers to the Parker family.