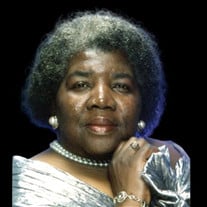 The Obituary Corrine Viola Elizabeth Smith Cottman Tull Corrine V.E.S.C. Tull was the 4th of eight children born on August 9, 1938, to the late Elsie Savage Smith and William Grant Smith in Cottage Grove, a small town in Somerset County, MD. She was educated in the Somerset County public schools and graduated as Valedictorian in 1956 from Somerset Junior-Senior High School in Princess Anne, MD. Although she did not have a college degree, Corrine inspired and helped many people through her knowledge and understanding due to her attendance in many continuing education programs, religious meetings, seminars through her job, and church affairs. She was the loving mother of 5 children, 11 grandchildren, and 17 great-grandchildren. During the early years of her first marriage, she was a stay-at-home mom. Living on a modest income, Corrine was a true homemaker. Not only did she prepare scrumptious meals for her family, but also baked cakes to share with the neighborhood. Having the heart and desire for beautiful things, she was a great seamstress, making beautiful garments for herself, her four daughters and her son as well. She also extended her skillfulness in sewing to other family members and friends who desired the need for her professional handiwork. Her talent for sewing can be seen in the pulpit, in the red cushion pillows that bring comfort to our Pastor and pulpit guests. As she got older and her eyesight began to fail, she did not sew as much, but would still handle small tasks that could be sewn by hand. Throughout her adulthood, she had numerous summer jobs to help support her family. She was employed many summers at the Long Brothers Canning Company and Teacher’s Aide for the Somerset County Headstart Program in Westover, MD. She was also a substitute teacher for Somerset County for many years before obtaining a full-time position with the Somerset County Dept. of Social Services. In addition, she volunteered at the Seton Center in Princess Anne, MD for over 30 years. Due to years of service, and health problems, she retired from the Dept. of Social Services in 2000. Corrine was a longtime, faithful member of John Wesley United Methodist Church. She was known for her inspirational poems that she had either written or found through her daily devotional readings. She served on several church committees. For 20 years, she was the Sponsor of the Smith Benson Family Day. She was also the former chair and /or co-chair for the Church Anniversary and Women’s Day, served as President and/or V.P. of the U.M. Women Society and later continued as an active member of the organization. She was also a teacher for the Sunday School class. She attended Lay Speaker’s class and was a Lay Speaker who served as the worship leader on 4th Sundays. Corrine was an active member of the Seton Center Women’s Charity Organization and the Lower Eastern Shore Health Improvement Coalition of Somerset County. After being single for many years, Corrine married the late Welton (Mr. Joe) Tull on October 14, 2005. Left to cherish precious memories are: her daughters, Crystal Stevenson (Thomas) of Woodbridge, VA, Angel Braxton of Federalsburg, MD, Tyzanna Cottman of Crisfield, MD and her son, Cassius Cottman (Cathy) of Salisbury, MD; one sister, Christine Smith of Cottage Grove, MD; one foster sister, Annie Mae Brittingham; two sisters-in-law, Thelma Alexander and Catherine Smith, both of Princess Anne, MD; an aunt, Alice Mack of Salisbury, MD and a host of grandchildren, great-grandchildren, nieces, nephews, and cousins and Christopher Cottman, husband from a previous marriage. She was preceded in death by her late husband, Welton Tull, her parents, Mr. and Mrs. William Smith, one daughter, Faneea Cottman, and six brothers, William, Samuel, Leon, Elwood, Ralph, and Hurley. Lovingly Submitted ~ The Family

The family of Corrine Elizabeth-Viola Tull created this Life Tributes page to make it easy to share your memories.

Send flowers to the Tull family.