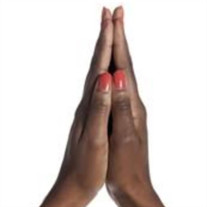 Catherine Perkins, daughter of the late Ira Ernest Smith and Rosetta Beach Smith, was born on Friday, December 5, 1941, in Exmore, Virginia. God quietly called her home on Thursday, December 30, 2021, at Pinnacle Nursing Home, in Smyrna, Delaware. Catherine was educated in the Accomack County Public School System, where she received the completion of her education. Catherine met her husband, James Chandler in Painter, in Virginia, and from this union, they were blessed with two beautiful children, Alice Mae and Janes Chandler, Jr. Later in life, Catherine and her husband divorced. She later met Russell Perkins and they were married, and in this union, they were blessed with a son, Chris. Catherine accepted Jesus Christ as her personal Savior. She joined Lardmark Baptist Tabernacle and was a loyal member for twenty-seven years until her health failed her. Catherine was employed at Perdue Poultry in Delaware. She was also worked for Eastern Shore Poultry in Georgetown, Delaware where she retired. Catherine had a great sense of humor, which always brought smiles to the faces of those around her. She had a no-nonsense way about her but she also had a big heart. She wanted the best for her children. Catherine had a passion for dancing, cooking and entertaining. Her presence will be truly missed. In addition to her parents, Catherine was preceded by her husband, Russell Perkins; son, Chris Perkins; two grandchildren, Nakia and Eddie; and brothers, Joe Louis, Welton, Robert Lee, Ernest, Norman and Samuel Smith. Catherine’s memory will be forever cherished by her children, Diane Smith, Alice Mae Green of Dover, DE and James Chandler, Jr. of Milton, DE; brothers, Thomas Smith (Rosie) of Painter, VA, John Henry Smith (Pearl) of Exmore, VA, Willie Smith of Painter, VA and Rosa Sheppard of Bellerose, NY; grandchildren, Darius, Alisha, Tywanda, Timia, and Derrek; great-grandchildren; aunt, Ruth Major of Dover, DE; a very, very special cousin, Terry Upshur of Milton, DE; close friend, Barbara Ann of DE; and host of nieces, nephews, cousins and friends Lovingly submitted by The Family.

The family of Catherine Perkins created this Life Tributes page to make it easy to share your memories.

Catherine Perkins, daughter of the late Ira Ernest Smith and...

Send flowers to the Perkins family.