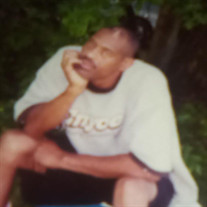 Caryl Steve Jones , affectionately known as Steve, went to be with the creator on October 10, 2021. Steve was raised by the late Freeman L. Jones of Bivalve, Maryland, and Dorothy Curtis Jones of Chance, Maryland. Steve was a compassionate... View Obituary & Service Information

The family of Caryl Steven Jones created this Life Tributes page to make it easy to share your memories.

Caryl Steve Jones , affectionately known as Steve, went to be...