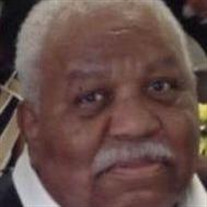 Alfonso L. Nixon Sr., age 85, formerly from Chester, Pennsylvania, passed away Wednesday, October 20, 2021. He was raised in the Smyrna area and attended the Kenton Colored School. At the age of 13, he left school to sharecrop with his uncle and aunt. Between the military, several farming jobs, City of Dover trash company employment, he met his wife, Ann Mae Morris. Later he landed a job with Chrysler and bought a home in Capitol Park in 1968, where he resided until his death. As a dedicated, baptized member of the organization of Jehovah Witness for 47 years, he bought a trailer for him and his family to attend the assemblies in Crownsville & Laurel, Maryland, which he enjoyed greatly. Alfonso, Nick, Foney, Fonzie, Pop Nick, Author, Mr. Nixon or Dad, loved to eat down-home cooking. He was a meat and potatoes type of guy and was quite the food critic (rather you wanted to hear it or not). Nothing calmed him down like a big glass of sweet tea, chicken & dumplings and sharing Chinese Food with his family. Everyone knows that potted meat, bologna, sardines with crackers was his “thing” as well as plenty of chicken wings from Spence’s Sale. Sorry, let’s not forget the meatloaf sandwich. Fishing and tinkering on his truck (rather it was a truck or not; or rather it needed work or not) was his pastime. Now TV was another thing. Watching football, westerns, tennis, and the news was part of his day. Oh yeah, the food network which made him a certified chef, LOL. With his Teflon demeanor, he never buckled under pressure. His quiet, no-nonsense approach to life made him a good husband, dad, and friend. Alfonso was preceded in death by his wife of 27 years, Ann Mae Nixon; parents, Daniel & Catherine Nixon; daughter, Charlene Moore; son Alfonso Nixon, Jr.; two brothers Thomas Nixon, Sr. & George Nixon; and sister, Edna Stamps. Alfonso is survived by his son, Anthony; five daughters, Agnes, Rachel, Edna, Althea & Leslie; nine grandsons, Loren, Damien, Gordon, Jr., Daniel, Elijah, Marcus, James, Titus, & Norman; granddaughters, Ann-Jannette & Lawren; sister, Bettie Nixon of Savanah GA; brother & sister, Nathaniel & Lena Nixon of Warner Robbins GA; and as he would say, “many, many, many nieces, nephews, cousins, and friends”.

Alfonso L. Nixon Sr., age 85, formerly from Chester, Pennsylvania, passed away Wednesday, October 20, 2021. He was raised in the Smyrna area and attended the Kenton Colored School. At the age of 13, he left school to sharecrop with his uncle... View Obituary & Service Information

The family of Alfonso Nixon created this Life Tributes page to make it easy to share your memories.

Send flowers to the Nixon family.