To share your memory on the wall of Andrew Akins-Collins, sign in using one of the following options:

Andrew loved fashion, helping people and was a born leader. He took these passions and began a career in retail management at the Tanger Outlets in Rehoboth as a manager for Wilson’s Leather, Michael Kors, Polo Ralph Lauren, Kate Spade, and eventually Espirit in Philadelphia, Pennsylvania. In 2015, he relocated to Frederick, Maryland and continued working for brands such as J.Crew, Nautica, Armani, Tommy Hilfiger, and Nike.

Family was important to Andrew and he spent time with his immediate and extended family as much as possible. He enjoyed sports and was a Dallas Cowboys fan. Traveling was one of his passions and he would often book vacations on a whim to places such as Paris, London and California. Andrew was a selfless person and, even in his last days, would start conversations with others with sincere concern about their well being and would often joke with them to lighten their moods, despite his own illness.

Andrew had an infectious laugh and a spirit that could light up a room; he will truly be missed by his family, friends, and colleagues.

‘No longer by our side, but forever in our hearts’
Read Less

To send flowers to the family or plant a tree in memory of Andrew F. "AJ" Akins-Collins, please visit our Heartfelt Sympathies Store.

Receive notifications about information and event scheduling for Andrew

We encourage you to share your most beloved memories of Andrew here, so that the family and other loved ones can always see it. You can upload cherished photographs, or share your favorite stories, and can even comment on those shared by others. 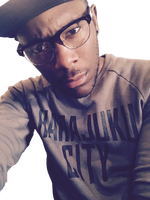 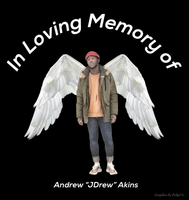